A healthcare worker at St Mary’s Hospital has recorded a special song to celebrate her close relationship with a former patient.

Rhoda was finding the experience difficult. She felt anxious, especially about her two dogs – a labradoodle and a poodle – who had been taken into care at a kennels.

As a dog owner herself, Victoria understood Rhoda’s anxiety – managing to track down her two dogs to a local kennels and collecting pictures and video footage of them to reassure Rhoda.

“We are a patient-centred team and Rhoda really needed support,” said Victoria.

“We built a unique relationship and often I was the only one who could help calm her down when she was anxious.”

Victoria visited Rhoda every day on the ward and describes her as “like a Grandma”. She resolved to create something special that Rhoda could look at and keep when she was discharged.

Victoria enlisted the support of Dr Nicky Abraham from the Royal Central School of Speech and Language, who works regularly with the dementia care team at St Mary’s. Together, Nicky and her father, Dave Abraham, wrote a song about Victoria and Rhoda’s relationship called ‘Have a Little Faith’. They even created their own video to accompany the song and presented it to Rhoda.

“I used to sing in the Philippines in competitions,” added Victoria, who was delighted to be able to create something memorable for such a special patient.

The dementia care team supports patients across the Trust – many of whom have not yet been diagnosed. They use creative methods to help connect patients with their lives and anchor their experiences.

Although this was the team’s first foray into song, they have previously made several bespoke films and even used virtual reality to give patients the experience of walking in the forest.

Victoria and her colleagues are now using their song to raise money to provide additional support to the dementia care team. The funds raised will be used to purchase extra items and experiences that help to make being in hospital easier for someone who has dementia, including games, craft kits, cuddly toys and activity packs.

You can watch the video for ‘Have a Little Faith’ here and you can make a donation to support the dementia care team here. 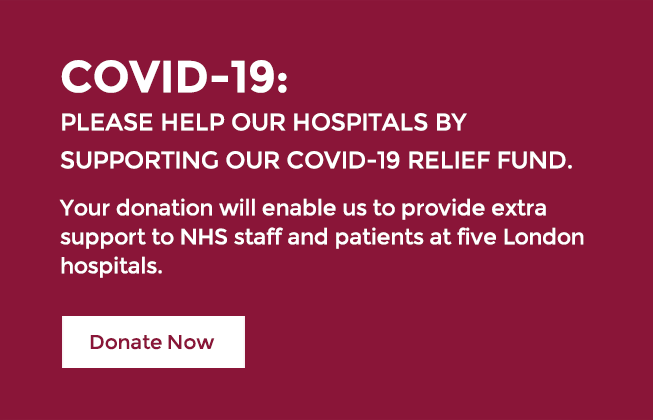