Sandra Blow RA (1925–2006) was an English abstract painter, based in London before moving to St Ives, Cornwall. Generously on loan from the Sandra Blow Estate, this exhibition explores Blow’s influential experimentation with printmaking techniques, using simple geometric shapes and a strong colour palette.

Born in London, as a child Sandra Blow suffered from scarlet fever. During the weekends and school holidays she spent time painting at her grandparents’ fruit farm in Kent. In 1941, she enrolled at Saint Martin’s School of Art, London, where one of her tutors was Ruskin Spear RA. After the Second World War, she studied for a short time at the Royal Academy School before travelling to Italy in 1947.

In Rome, she enrolled at Accademia di Belle Arti, where she met Alberto Burri (1915–95). During this period, Burri was starting to investigate the use of non-traditional materials in his work such as wood, plastic and fabric. Burri’s experimentation was to influence the working practise of Blow. They travelled around Italy before working together in Paris.

In 1957, Sandra Blow first visited Cornwall, renting a cottage below fellow painter Patrick Heron’s house ‘Eagles Nest’ near Zennor. She worked in Cornwall for a year before returning to London, she continued to visit regularly. In 1957, Blow featured in the first John Moores biannual exhibition in Liverpool, won the International Guggenheim Award in 1960 and second prize at the third John Moores exhibition in 1961.

In 1960, Blow moved to a large studio at Sydney Close in Kensington, where she practised for 24 years. In 1961, she became a visiting Tutor to the Painting School of the Royal College of Art remaining for 14 years. Amongst her students were R B Kitaj and David Hockney.

Throughout the 1950s and early 1960s, she regularly exhibited with Gimpel Fils, a London gallery with a close association to St Ives artists. Blow’s first painting sale was to the critic and artist Roland Penrose (a founder of the Institute of Contemporary Arts, ICA). In 1978, she was elected a Royal Academician and in 1983, Honorary Fellow of the Royal College of Art. In 1985, Blow’s work was exhibited alongside fellow St Ives artists including Ben Nicholson, Barbara Hepworth, Wilhelmina Barnes-Graham and Terry Frost in Tate Britain’s exhibition ‘St Ives 1939–64’.

In 1994, she returned to St Ives permanently, renting Porthmeor Studio 9, where she produced a series of works entitled Wave Sequence. In 2001, Sandra Blow moved to Bullens Court, a studio and living space which accommodated the ambitious large scale of her work.

Retrospectives of Sandra Blow’s work were held at the RA (1994) and Tate Britain (2005). Her works are held in many public collections, including The Tate Gallery, London; The Museum of Modern Art, New York and Walker Art Gallery, Liverpool. 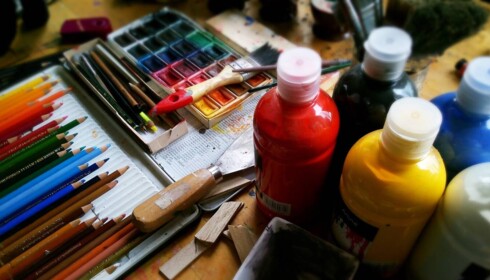